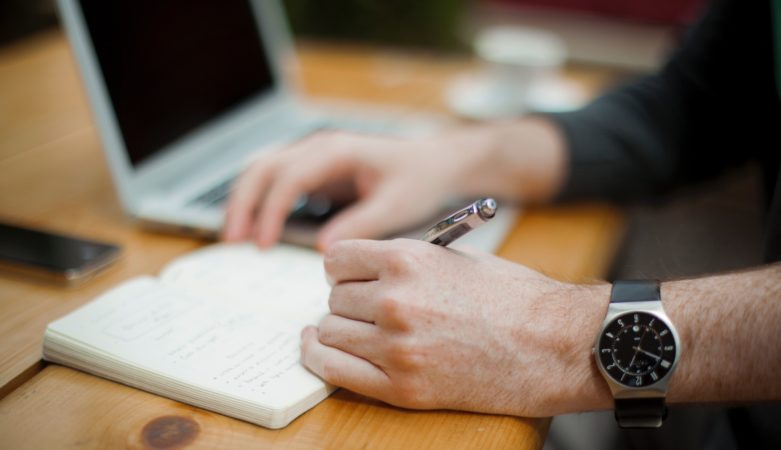 Our journalism course gives college students and recent graduates the opportunity to hone their journalism skills, think and write from a biblical worldview as a Christian, and gain the hands-on experience they need to succeed in a career in the media field.

WJI focuses on developing students' storytelling skills in multiple mediums including print, digital, radio, and video. Keeping class sizes small, students receive line-by-line input on their stories from journalists with decades of reporting experience. Students who produce excellent work during the program also have the opportunity to get their work published through WORLD. Aspiring journalists who are accepted to this program receive a full scholarship that covers tuition, housing, and meals. Our mission is to develop and equip the next generation of journalists to hone their craft and report from a biblically objective worldview.

College students with two years of college credit and writers who have recently graduated are eligible to apply. Experience in working for a publication and having published work adds the likelihood of being accepted to this competitive course.

Applicants are eligible for WJI courses if they profess faith in Jesus Christ, are curious about the world, want to understand how the Bible informs how we think about current events, and are ready to be stretched to gain the confidence needed to hone skills for jobs in a competitive marketplace.

Following the course, WJI students are eligible to be accepted to a paid, 4-8 week long internship with World News Group.

If you have trouble submitting your application, please contact office@worldji.com.

The course includes instruction on how a Christian worldview informs journalism and practically the nuts and bolts of backpack journalism for convergent media. Instructors blend in-person, individual instruction and feedback with hands-on reporting experiences to teach students how to tell stories informed by a Biblical foundation in print, online, and on the air.

Students will improve their interviewing techniques and journalistic style, and gain training from professionals in photography, videography, and audio work. Class periods will include short lectures but emphasize discussion and analyzing/editing students' stories.

During week one, students learn together, but in the second week students are placed in a track—either feature writing, broadcast, or digital news— where students get even more intentional feedback from instructors and complete larger assignments. The two factors used to determine their track are their expressed preference and where instructors see their strengths.

Students should expect to spend 12 hours a day—except on Sunday.

Dinner, Introductions, and Tour of Campus

Instructors: *may include but are not limited to the following journalists

Nick Eicher is executive producer of WORLD Radio. He has been a broadcast and print journalist for over three decades. He has served WORLD magazine as a writer and reporter, editor, managing editor and publisher. He served as CEO of WORLD’s parent corporation, God’s World Publications, where he oversaw the publication of WORLD as well as the training program of the World Journalism Institute. In his spare time, Nick has taught editing and story structure for WJI. He has also served his duty in government and politics—as a press secretary to U.S. Rep. John W. “Jack” Buechner in Washington (1986-88) and then as press secretary for the Mark F. “Thor” Hearne congressional campaign (‘88). Eicher started broadcasting as a high-schooler (KYMC-FM, WCBW-FM, St. Louis), earned a news anchor position as a freshman (KCOU, Columbia) at the University of Missouri, became news director of KSIV-AM, St. Louis, while finishing his degree at Southern Illinois University and served as reporter at KMOX-AM, St. Louis, the summer after graduation.

Russ is the Associate Editor of The Indianapolis Star and Director of Pulliam Fellowship Program. In the past, he has been a reporter for The New York Times, The Washington Post, The Springfield Union, The Indianapolis News, The Indianapolis Star, and the Associated Press. He is the author of Publisher: Gene Pulliam, Last of the Newspaper Titans and a WJI monograph collection of his columns. Pulliam has earned numerous journalistic awards and has his B.A. from Williams College.

As Washington Bureau Chief for WORLD magazine for more than five years, Lee's assignments sent him from Capitol Hill to the White House to the Supreme Court. But his reporting also has taken him beyond the Capital Beltway. Leading up to the 2010 elections, Lee embarked on a 10-day, 4,225 mile cross-country trip through competitive congressional districts in 16 states. In 2004-2005, as a reporter for the Chattanooga Times Free Press, Lee embedded with a National Guard Regimental Combat unit in Iraq for nearly 7 months, going on humanitarian and combat missions. Before joining WORLD, Lee served as press secretary for U.S. Sen. Lamar Alexander. Now in his fifteenth year in the media world, Lee earned a master’s degree in journalism from Northwestern University and now leads the journalism program at Dordt University.

After serving for seven years as a missionary in an African village, Mark Volkers traveled the planet for a decade as a photojournalist and documentary filmmaker for Christian organizations. His films about the cultures, people and places of the world have earned him over 50 national and international awards. Mark continues to make films but now as a professor of digital media at Dordt University in Iowa. Students in the program are involved in storytelling in all corners of the globe, and have won numerous awards for their work.

Paul is the executive producer and features editor for WORLD Radio as well as senior producer for the Effective Compassion and Legal Docket podcasts. He is a World Journalism Institute graduate, a Moody Radio alum, a pastor, and a former college professor. He resides with his family in Arlington, Ill.

Les is a WORLD Radio correspondent and commentator. He previously spent two decades as WORLD Magazine's Mailbag editor. Les directs the journalism program at Patrick Henry College and resides in Purcellville, Va., with his family.

*We are currently planning for this course to be in person on the Dordt University campus and will have healthy safety protocols in place.*